Category We Learn!, We Remember!, We Act!

The DiKH He Na Bister initiative is part of the remembrance activities for the 75th anniversary of 2 August – European Roma Holocaust Memorial Day 2019.

About 500 young Roma and non-Roma people from all over the world gathered in Krakow, Poland to share stories, learn about history and commemorate the atrocities of the past – and to get empowered to face the challenges of today!

The workshops also dealt with the period after the end of the war and the supposed end of the Holocaust. Participants learned about the civil rights work of Romani Rose and other activists. How the political actions like the hunger strike in the former Concentration Camp Dachau was needed to fight for formal recognition of the genocide of Sinti and Roma by the FRG, how this activism lead to the founding of the the Documentation and Cultural Centre of German Sinti and Roma in Heidelberg and the finally opening of the memorial in Berlin in 2012.
They participants learned about the long suffering of survivors who had to fight for recognition as victims of the Holocaust in their European countries, How the survivors had to fight to get the Holocaust of Sinti and Roma officially recognized and to get appropriate compensation as victims of Nazism. The participants had the singular change to listen to survivors from multiple European countries and hear their life stories first hand. This dialogue with the Holocaust survivors is the center of the youth memorial trip and we are grateful that we still have the chance to learn from them.

Raymond Gureme was a important part of Dikh He Na Bister 2019. He, as a French “Manouche” (Sinti living in France), was forced by the National Socialists forced labour camp, he managed to escape and join the French resistance. His telling, in his own words, of his biography continues to inspire and encourage young people to speak out against the current discrimination against Sinti and Roma.

This led to exciting discussions on the extent to which relics of the old persecution are still anchored in the current perception of the European population. How the prejudices and discrimination affect the lives of young Roma. “Dikh He Na Bister” offered above all the opportunity to meet with people from different backgrounds – Roma and non-Roma. This year’s youth memorial trip served as a platform for young people from all over Europe to broaden their horizons, creating a positive, forward-looking sense of community. Roma and non-Roma were able to have impressive and lasting experiences about their own and different cultures, so that intercultural bridges could be built between the participants.

On the occasion of the Roma Holocaust Memorial Day 2019 young Roma and non-Roma participated in the commemorations in Poland and in other European states. This promotes the inclusion of future change makers in the commemoration. At home participants are spreading their personal messages on the importance of remembrance, challenging antigypsyism and youth activism in general. 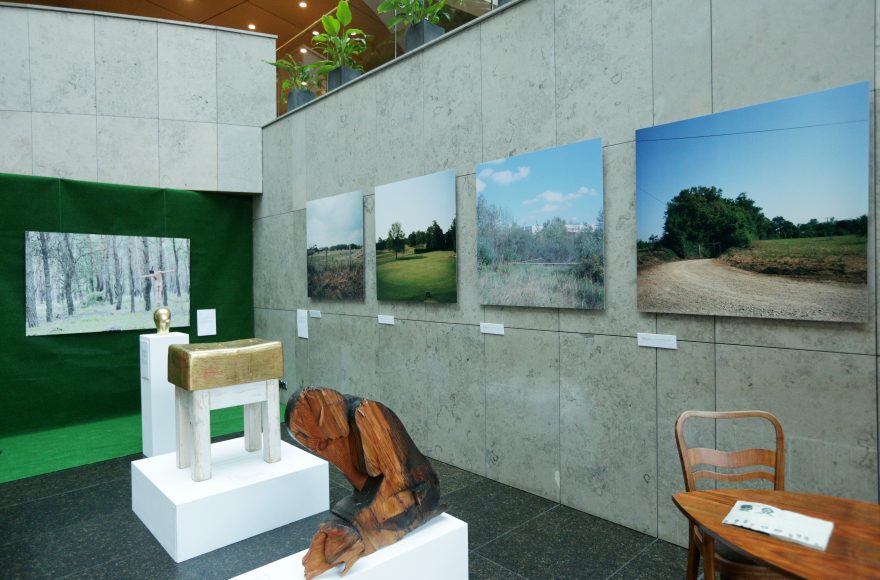 #2019#Educational Event#Art for Remembrance
Sign up for our newsletter